“This body of work has evolved from my previous work ”Woman’s Principle“ in which the many elements making up the work were of purely decorative character. They were equal to small sections of a textile, with each colour adding further structural possibilities and an emphasis on the fragility of the whole.
With my latest installations, I focus on the drama created through the process of installing and then changing the position of the elements. Through this process I am striving to tell stories about the possible dialogue between the individuals or groups of entities. The placement of the parts, the changing orders, rhythms and compositions, the space in between as well – the whole structure is trying to convey certain moments in a drama, assuming a deeper meaning.
The small entities making up each work are of ambiguous identity – seemingly insects of unknown origin – that act as elements in a bigger scheme, either merely as visual, or rather as active, participants in a dramatic event. I shaped them by having in mind that they can seemingly move in any direction charged with energy that shows on their puffy and dynamic shape and shiny surface. The ground on which the composition is created is taken from our everyday environment to function as a backdrop for the unfolding event. The possibilities for combining these elements are as widespread as what the author (and the observers) can imagine and create.
The element of time is also important, so I employed a camera and video camera, using them as if they were the tools of an observer who just happened to come by.”

Explore the works within the opus Order, Movement, Expansion: 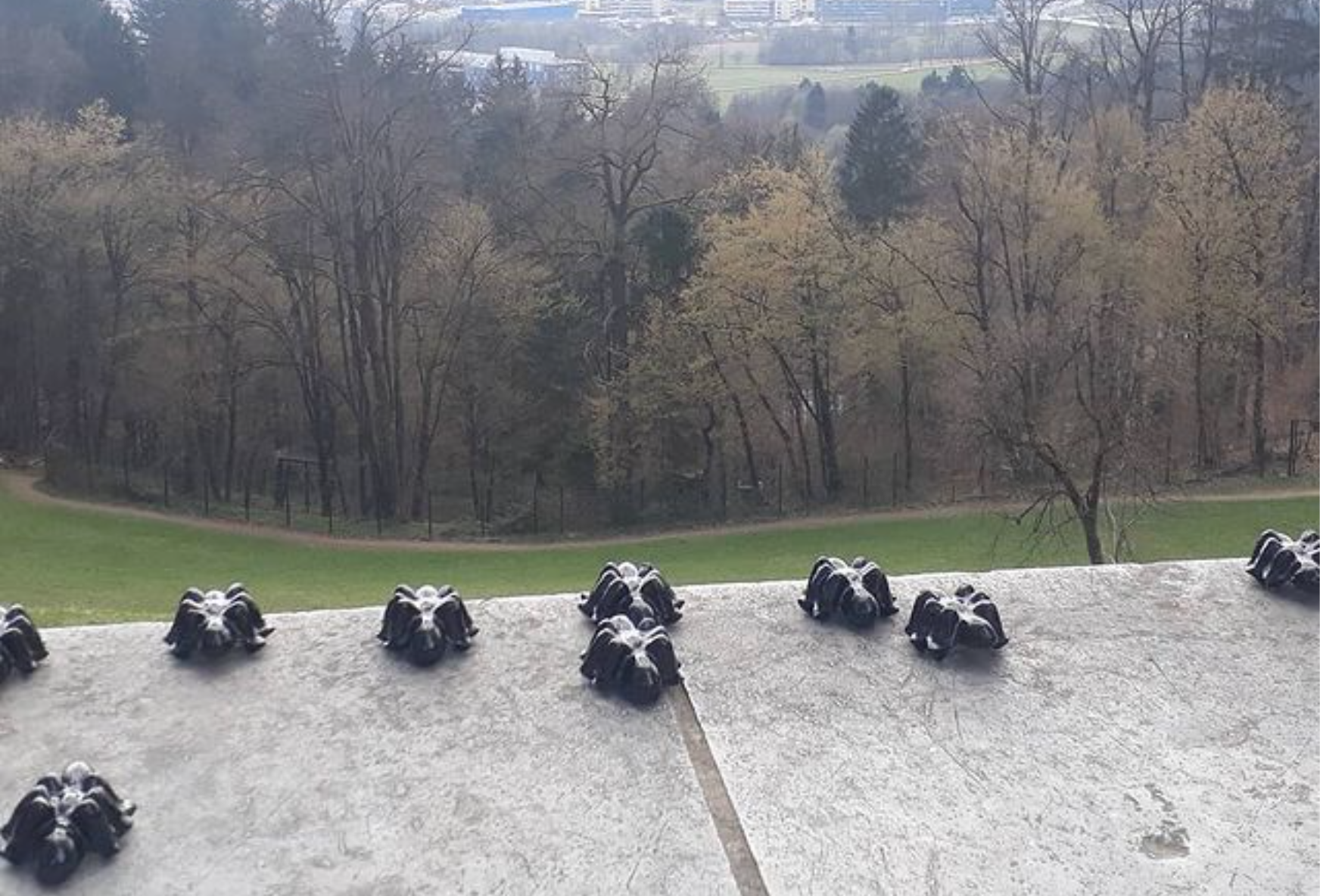 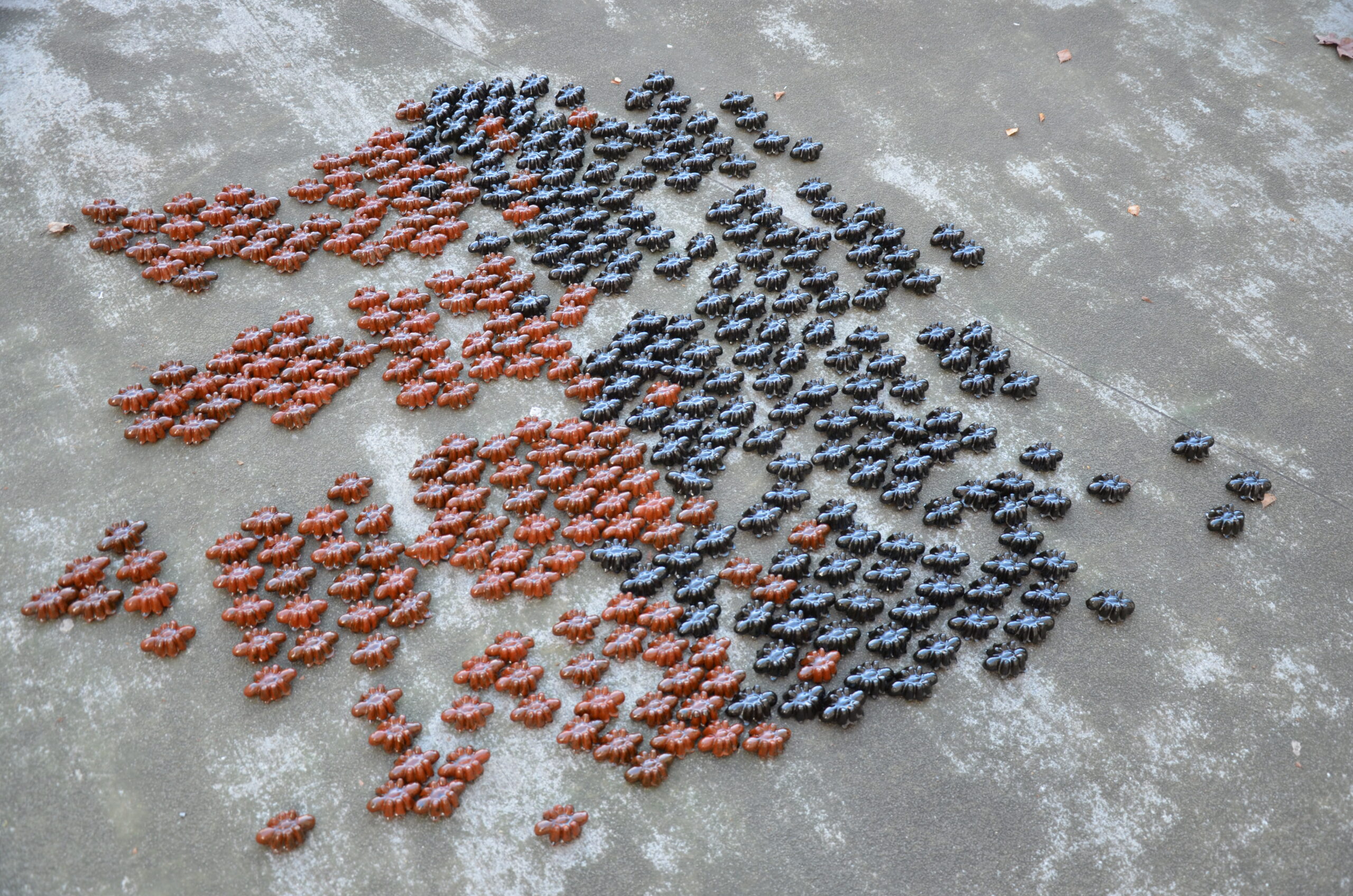 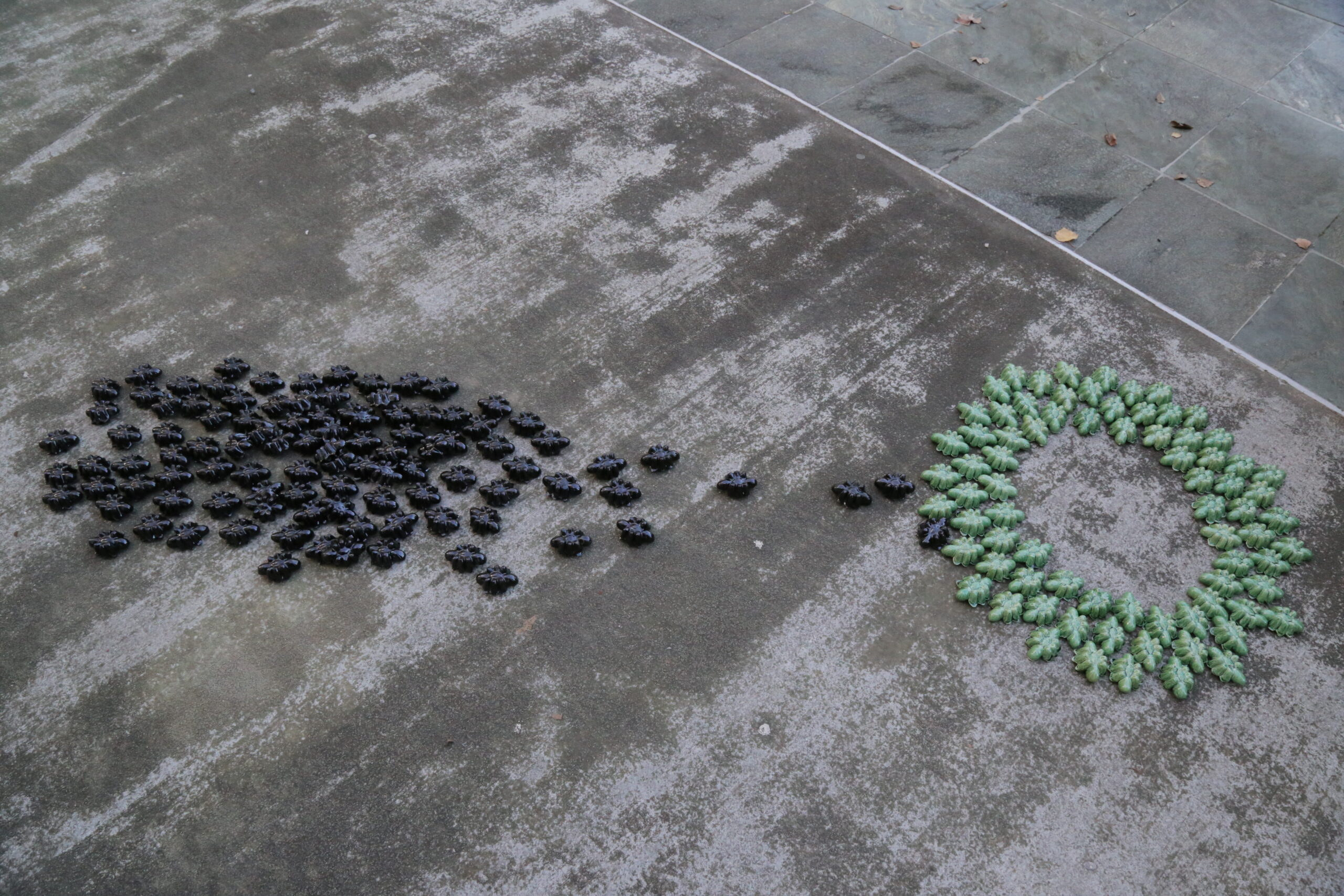